… in fact, you'll probably be a little annoyed that nobody told you this stuff before.

You see, there are a handful of simple, easy techniques that can totally transform how you use and view your camera - and they're so quick to grasp, they'll make a difference for you the very next time you snap a picture.

So up until now, the only alternative has been to take expensive college or evening courses, and buy a ton of pricey equipment.

And I don't know about you, but I don't have thousands of dollars to throw at new cameras, lights, and to enroll in courses.

So I learned the hard way.

You see, I'm an obsessive photographer.

I'm one of those guys who constantly takes pictures. I drive people crazy, always snapping something. You know? 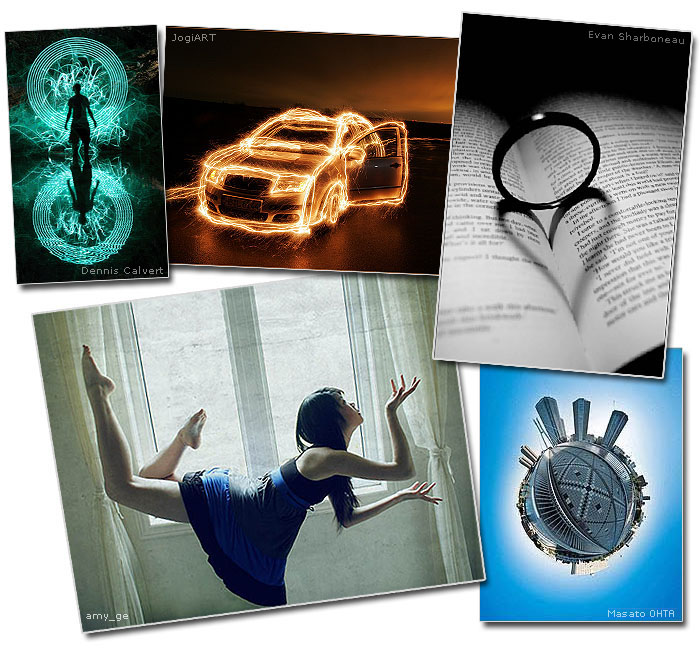 Trouble was, I wanted to take all these cool shots, and I had all these great ideas… but I didn't know how to get started… and I didn't think I had all the specialist equipment I'd need…

… so I had to experiment.

I Had No Choice - I Didn't Have
Money To Burn, So I HAD To Figure
Out This Stuff On A Shoestring

And I did it, through necessity. I'm passionate about this stuff, and I couldn't rest until I could get the kinds of pictures I wanted to get.

Ever hang around at Flickr.com or DeviantART.com?

I wanted to be able to do some of the photography tricks I saw people doing there. All those cool visual effects, that out of this world stuff - I needed to know how it was done.

And I guess you could say I got a little obsessive - but that's okay. Photography is my passion, and if you've been bitten by the bug, you'll know what it feels like to have that burning need to get just the right shot.

Eventually, all the crazy experimentation started to pay off. My photography buddies started asking how I was taking my pictures, what techniques, what equipment…

… and I'd be creating crazy images like this just using my plain old digital camera, while everybody was assuming I was using Photoshop.

And eventually, I was getting so many people asking me how I did all this stuff, that I put together a simple guide revealing everything.

Thousands of people all over the world have downloaded the guide, and used it to finally get the shots they want…

… and I've just updated it, and released the second edition. 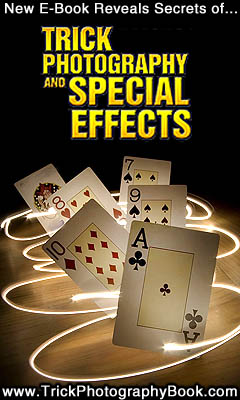